Home > Featured Articles > It’s All About the Blood
1
3
Search
Share the article:

As I sat quietly in the waiting room of the oncology floor of Iowa Methodist Hospital in Des Moines, Iowa, the ringing of my phone startled me, but that ring was not as startling as the news my doctor was about to share with me. After reviewing the results of a recent battery of blood tests I had taken after suffering from multiple infections in my body for the past several months, she told me, “Your tests indicate that you may have lymphoma.” She wanted me to call a particular oncologist’s office and schedule a bone marrow biopsy as soon as possible.

My mind began to race as my husband, Bruce, and I had been coming to the oncology floor of this same hospital for several months, morning and evening, to encourage and support my mother-in-law as she battled lymphoma. To be sitting in the waiting room hearing that same diagnosis for myself was surreal. How could this be happening?  Bruce and I sat in the waiting room, numb from the news but certain that we needed to heed the doctor’s urgent request to schedule a bone marrow biopsy. We noted that the oncologist worked from the same office as Mom Pfadenhauer’s doctor.

That particular morning Mom’s oncologist had to make rounds at outlying hospitals in the central Iowa area, so he was not able to see Mom and visit with us about her condition as we sat by her bedside in those early morning hours. A nurse indicated her doctor would call us shortly.

Later that morning, after updating Bruce on Mom’s condition, the doctor proceeded to ask, “Is there anything else I can do for your family?”

We felt like that interaction was a divine appointment! Bruce proceeded to share with the oncologist the news I had just received. He told us to call his office and let the scheduler know that he was requesting space in his schedule that same day to see me. It was clear that God was our present help in time of need!

That same afternoon we met with the oncologist and discussed my recent infections and health condition. He ordered numerous blood tests and a CT scan of my chest, abdomen, and pelvis. He wanted to put a hold on the bone marrow biopsy until other tests were concluded. As Bruce and I sat in the car following the appointment, we prayed together and immediately felt that God was directing us to pray for a complete reversal of this diagnosis. We left with a medical plan and a healing plan.

Three days later I met again with the oncologist to review the results. My blood tests indicated elevated proteins in my blood, and the CT scan showed a couple of nodules in my lung. If the protein levels continued to rise, the outcome would be one of three things: Waldenstrom’s Disease (a rare blood cell cancer), multiple myeloma, or lymphoma. At that point his official diagnosis was monoclonal gammopathy of undetermined significance.

As Bruce and I sat in the car following the appointment, we prayed together and immediately felt that God was directing us to pray for a complete reversal of this diagnosis. We left with a medical plan and a healing plan.”

We had a lot of questions for the doctor that day, but one stood out in our minds. Knowing my oncologist had been practicing in the oncology field for many years, we asked him if he had ever seen these protein levels return to normal. His answer was an emphatic “no.”

Bruce and I looked at each other as we remembered the words God had placed in our hearts as we prayed in the car: complete reversal of the diagnosis. It may not have been possible in the eyes of medicine, but it was altogether possible for God. We continued to pray and trust as I continued with blood tests and CT scans to monitor the nodules in my lung.

Three months later it was time once again to undergo blood tests and another CT scan. When my oncologist came in with the results, he said, “I have very good news!” Both of the elevated proteins in my blood had decreased – yes, decreased, medically nearly impossible, but with God altogether possible. The CT scan indicated that the nodules had not grown in size. Another answer to prayer!

The doctor was so pleased with the results that he felt I could go six months instead of three months before more blood tests and another CT scan. Six months followed and off I went for more tests.

To my oncologist’s amazement, the elevated protein levels in my blood had decreased again. His notes for my appointment read that one of the protein spikes was not apparent and the other one was now normal! In addition, my CT scan showed the nodules in my lung remained unchanged and the radiologist stated, “No suspicious nodularity is noted” – a complete reversal of the diagnosis. God healed me!

Robin’s life journey took her from a cattle ranch in South Dakota to Open Bible College in Des Moines, Iowa. She loved pastoring with her husband, Bruce, in Boone, Iowa, and Rockford, Illinois. Robin directs PIPEline Prayer Ministry and serves as the finance manager for Open Bible’s Central Region. She is a certified life coach for ministry and marketplace leaders as well as a church and conference speaker. Robin loves hanging out with her family, which includes two grandbabies! Robin is the family candy queen, and enjoys college basketball, shopping, and good coffee with friends. 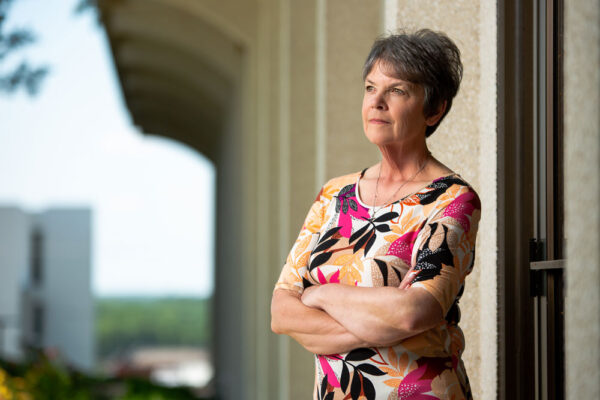 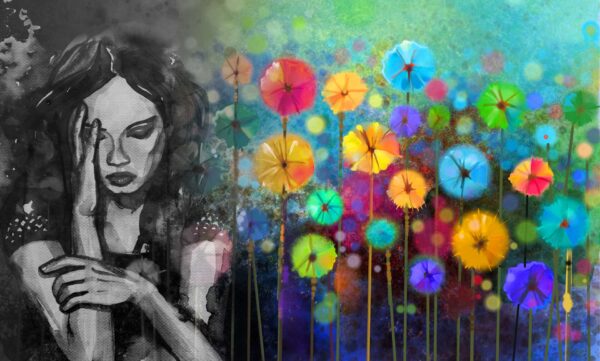