Home > Archive > It Begins With a Dream
2
Search
Share the article:

Barbara and I once sat on a plane with a budding young songstress who was on her way to perform at a concert. She did not know the Lord. The Holy Spirit opened a wonderful door for us to share with her about a loving, personal God. We did not lead her to accept Christ on that flight, but she did allow us to pray with her. Tears flowed as she realized she was being loved. It was a powerful moment. The Holy Spirit was moving, but she did not recognize it as Him. When we deplaned, she gave us both big hugs. We might have been like surrogate grandparents on that flight. I pray for her at times when she comes to mind, as she did when I began to write this piece. This young, single woman is trying to live her dream, writing and recording music, traveling across the country, and singing at outdoor concerts and any other gigs that open a door. She is one of a legion of like-minded hopefuls wanting to find visibility for her music and performance.

Hitting it big in the music scene is as challenging as it is to become a professional athlete; only a small percentage of wannabes ever actually reach the pinnacle. It is a long climb filled with many barriers, and only gifted people with resolve, persistence, and probably a few breaks along the way make it. However, no pro-athlete and no established musician or recording star has ever made it to that level without it beginning with a dream.

Fuel in the Tank

Personal dreams can inspire and motivate people to reach levels that might have otherwise seemed impossible. God-given dreams inject fuel into a leader’s energy and confidence tank. The Bible is full of accounts of dreams. Joseph was remarkable in that the Lord gave him power to interpret dreams (Genesis 40:8). Dreams from God can be very specific in direction, as when an angel of the Lord spoke in a dream to Joseph, Jesus’ earthly father, to get up and escape with his wife and baby Jesus to Egypt (Matthew 2:13). God makes clear that He speaks through dreams, and He also makes clear that He is opposed to false dreams, represented as coming from Him but in actuality conjured up by people (Jeremiah 23:32). God also often speaks through dreams that are not totally clear in direction or meaning to the dream recipients. We often only see, hear, and know “in part.”

A major test is what we do with such dreams. Do we wait upon Him for clarity or do we go ahead and plow in the direction of our desires? And what about that other sort of “dream”? Those inclinations and leadings which we refer to as dreams not because they come in our sleep but because they seem implanted in our spirits by the Holy Spirit? Those dreams can propel us forward in pursuit of their fulfillment. Some dreams are obviously supernatural in nature with “Thus saith the Lord” thundering power. Other dreams can be from God but are subtle, quiet, gentle, sweet, restful, and include a confirming witness of some kind. Some dreams are to be shared with a broader audience while some are to be shared only in a private room with God. Dreams come in various sizes, power, clarity, and revelation. And some dreams are of our own origin, personal aspirations. (I had to come to terms with the fact my dream of becoming a major league baseball player was not going to happen. I realized that last year . . . .)

An Audience of ONE

I have a friend who has been inspired to write worship music. Thousands of people do that, but I personally know this man’s journey with songwriting. It was his joy to write music to glorify the Lord, and his dream was that others would be drawn to sing his music in worship. I am convinced his heart and spirit were rightly motivated to glorify the Lord. However, in what is a common story for songwriters, few people seemed to notice his music. He tastefully tried to find exposure for what he wrote. People who heard him sing made encouraging comments, but nothing much happened beyond that. Although he would not verbalize it, I know he humbly thought what he wrote was every bit as good as other well-known and widely sung worship music, and I agree. What was wrong? Why didn’t his music catch on at a national level? He could consider many possible explanations such as not knowing the right people, not being located where good exposure was available, or any number of other possible reasons.

We talked about how it felt when his dream died. What went wrong? He felt he was led by the Lord and had committed the dream to Him. I felt inspired by the Holy Spirit to share this with him:

I believe the Lord absolutely did give you worship music. It is beautiful. I believe He birthed the dream in you. But consider this: What if the only audience He ever intended to be blessed by your music is Himself? Could you be OK with that? You understandably thought about thousands of people, and I join you in thinking that would be great, but what if His purpose was to give you a fresh, personal avenue for worshiping Him? If others come along, fine, but this could be primarily between you and Him. And here is something else to prayerfully consider: As followers of Jesus, worshipers of God, we are committed to giving our first fruits to the Lord, not our leftovers. Worship music is your first fruit, the best you have to give to Him. You placed it on the altar. What He does with it after that is totally up to Him. You have done what is most important by giving first to Him, without strings or conditions.

Remember how Martha was hustling about trying to accomplish all her tasks to provide dinner for Jesus and His disciples? She was put out, even offended, that instead of helping, her sister Mary sat at Jesus’ feet listening to everything He said. Remember what Jesus said to Martha?

There is only one thing worth being concerned about. Mary has discovered it, and it will not be taken away from her” (Luke 10:42, NLT).

Mary had an audience of One. That was her exclusive focus. And it pleased Jesus. I believe the Lord loves how you have given back to Him what He gave to you, your first fruit-offering. Keep walking through doors to share your music. But if you can leave your offering at the altar as your personal worship to the Lord, you will find peace and joy and completeness. Focus on your audience of One. You will not have to contend with or wrestle over “Why not?” You will rest in Him. Whatever else happens with your music after giving it back to Him is in His hands. He may not choose to share it beyond Himself. If He does, you will have the deepened joy that it happened because of Him.

I believe we should always submit all dreams to the Lord, including those that clearly began with Him. We will be diligent to walk out those dreams absolutely carrying out our leadership roles but not be consumed with trying to force them in the direction we envision. Do you have some dreams that you need to give back to Him – not in a “return-to-sender” pique or in defeat or discouragement but as your act of worshipful submission to your audience of One? For those of us with any amount of drive that is a daily challenge. I know. I confess. It is also possible that the outcome we envision for our dreams might be too small and limiting to Him!

His time. His choice. His purpose. Our worship. Our faithfulness. Our submission. 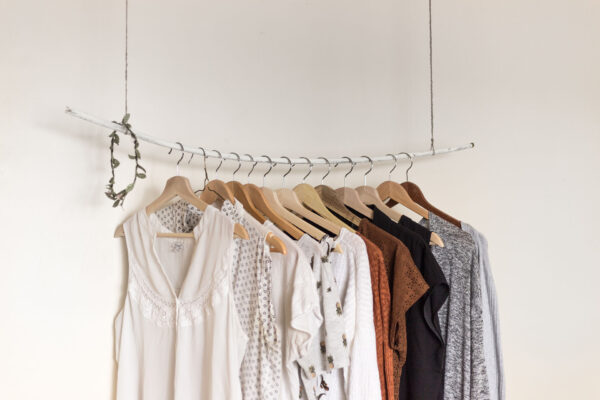 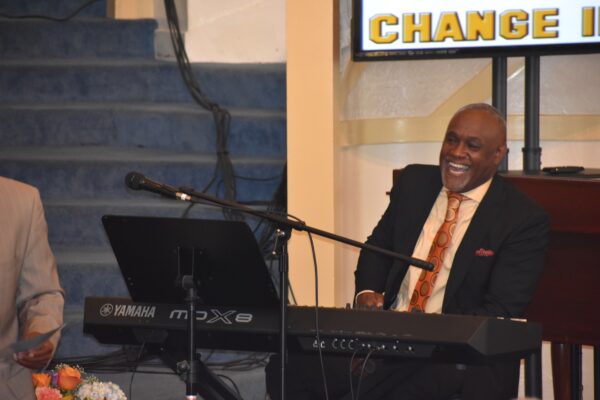