Home > President's Perspective > It Really Does Depend on Who You Know
1
Search
Share the article:

My Bach grandparents immigrated to the United States from Denmark early in the twentieth century. They experienced new life in Christ during their beginning years in this country and became passionate followers of Jesus, faithful to church, and lovingly loyal to and supportive of their pastors. Grandma developed her own tract ministry and would send tracts to people around the world. I don’t know how she obtained their addresses, but every week she would mail out packets of gospel tracts that she had purchased in quantities. As a young boy, I sometimes helped her by licking stamps.

I doubt that my grandparents ever saw a person of color in Denmark. And in the small towns in northern Iowa where they settled, virtually all the population continued to be of European heritage. The only exposure my grandparents had to people of color was through television and radio. When the Civil Rights era arrived, Grandma was upset by the violence she saw on television. She became a follower of a fire and brimstone radio preacher who railed against communists. Grandma began connecting the news she saw on television with the preacherÕs rants, identifying civil rights protests as part of a conspiratorial communist plot. She had special ire for Dr. Martin Luther King Jr. because she was convinced he was a leading communist. Grandma was fiercely loyal to her adopted country and broadened her condemnation of MLK to a view that most people of color were fomenting revolution. She would never have thought of herself as a racist, but the world she constructed in her mind certainly fit that description.

My grandparents had extra bedrooms in the upstairs of their house that they dedicated for use by itinerating evangelists and missionaries. All our pastor needed to do was simply mention that someone was coming through town who would need lodging, and they would provide a comfortable guest room along with Grandma’s home-cooked meals. In addition to mailing tracts, hosting evangelists and missionaries was my grandparents’ ministry.

When I was a young lad, visiting evangelists and missionaries had always been white, but that was about to change. I was too young to know if our pastor planned the situation with forethought having known about Grandma’s bias, but a woman from Jamaica was going to visit the church for a few weeks and, as was routine, he asked my grandparents if this person could stay at their house. Of course, she could! I do not believe our pastor told Grandma that the guest would be black. I have only a vague recollection of their meeting, but Grandma’s expression must have been telling because the event stuck with me. It must have been a shock! Grandma was torn between the bias that had grown in her mind and heart and the commitment she had made. She would stand by her commitment while struggling over her preconceived ideas about who would be staying in her house. That guest had to have been a woman of grace because she undoubtedly would have recognized Grandma’s uneasiness.

This very personal memory illustrates what I have often observed in life: in the absence of relationship stereotypes flourish. If we do not personally know and have relationship with someone from a different culture and race, it is entirely too easy to arrive at inaccurate beliefs and prejudices about that culture or race.

A miracle occurred over the next few weeks. Grandma got to know her guest as a person independent of color, as another woman who also passionately loved the Lord. The discovery was in great conflict with the biased stereotype Grandma had constructed in her mind. The ladies talked about the Lord and shared Scripture, and a beautiful, truly sister-like bond began to grow between them. It became so strong that the Jamaican lady later came back to stay an entire summer with my grandparents.

That is what friends do, spend time together. As a young boy I marveled at the transformation. My parents, knowing Grandma’s prejudice, were awestruck over the change that they witnessed. We all knew that God was particularly pleased. My grandparents later enjoyed hosting evangelist Frank Summers, also from Jamaica, to whom they extended great respect, demonstrating how much of a transformation had occurred.

This very personal memory illustrates what I have often observed in life: in the absence of relationship stereotypes flourish. If we do not personally know and have relationship with someone from a different culture and race, it is entirely too easy to arrive at inaccurate beliefs and prejudices about that culture or race. I have watched it happen many times, and seeing it has caused me to search my own heart like King David when he said, “See if there be some wicked way in me” (Psalm 139:24). I absolutely believe that many racial conflicts in our nation have their roots in the absence of relationships. We do not know enough people who look different from us. When we get to know people, we gain insight and respect for how much they are like us, with similar feelings, hopes, fears, and desires. Our differences are overly exaggerated while our similarities go unrecognized when all we know about others is limited to appearance or stereotypes.

We often use the expression “It depends on who you know.” Life is enriched and the Lord is pleased when we establish relationships with and get to know people who look different than us. Relationship means being able to have candid and caring communication that begins with listening. However, it usually takes intentionality for relationships to occur. We have to push ourselves out of our predictable comfort zones. Do you have relationships with people who are different than you? If so, great! If not, perhaps you can find someone with whom to begin that process. It will be consistent with Philippians 2:4 (NLT): “Don’t look out only for your own interests, but take an interest in others, too.” 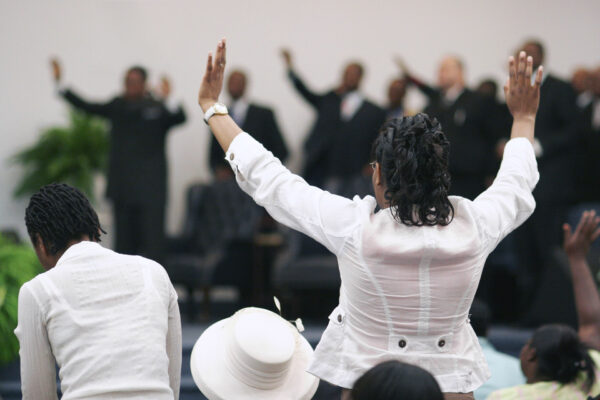 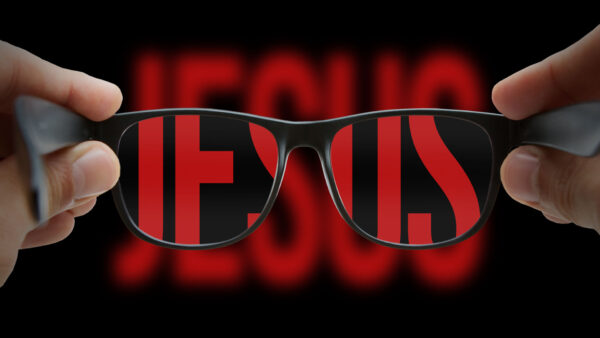