The shepherds whose dark night had been miraculously invaded with light and hope by the angelic visit had immediately rushed to Bethlehem to see the fulfillment of their promise. Then having witnessed exactly what the angel had predicted, they returned to their fields glorifying God and filled with joy.

But Mary treasured all these things, pondering them in her heart. And the shepherds went back, glorifying and praising God for all that they had heard and seen, just as had been told them” (Luke 2: 19-20).

Once more Mary’s initial trusting response to the angel’s word and her willing submission to be the mother of the Messiah was confirmed, this time by the shepherds’ visit and message. Just as it had been when she had visited Elizabeth, finding her elderly, barren cousin to be pregnant as the angel had predicted and hearing Elizabeth address her as “the mother of my Lord.” Just as it had been when Joseph was told by the angel, “[Mary] will bear a Son [who] will save His people from their sins.”

So she treasured the shepherds’ words, holding the report of the angels’ appearance and words tightly in her heart.

And she pondered . . . the Messiah, Savior of the world held in her arms as a swaddled infant in an obscure stable, those first visitors – not royalty but rough shepherds in from their fields, the announcement of peace on earth when their land and lives were controlled by foreign powers.

How would He become the Savior?

How does a mother nurture and teach the Messiah?

We have the whole story of the incarnation now – not only the birth, but the life, the death, and the resurrection. But do we not still ponder, wonder? “Amazing love, how can it be…?”

The vulnerable infant born in a humble stable, God Himself come to live with us, be one of us – God with us. The author of life yielding to human limitation, to death and the dark of the grave to bring us life.

How can we not still ponder?

And do we ponder the still-to-come advent? In the now-but-not-yet Kingdom, in the darkness even now in a topsy-turvy world, how do we not ponder but rest confidently in God who is with us?

And the shepherds praised.

As Mary pondered, the shepherds returned to their fields praising God, praising Him for all they had heard and seen. They went back to their fields, to their routine and mundane lives, but they returned with joy, glorifying God.

Light and promise had shattered the darkness of their night. They had trusted the angelic proclamation of a Savior, of joy, of peace and had hurried to see. The good news for all people that the angels had announced spilled out from them to Mary and Joseph, to anyone they saw, and those who heard listened in amazement and wonder at the shepherds’ report.

Their awe and hope consumed them and would forever change their lives.

And are we caught up in the same joy? The same hope? Once again does our reflection on what the shepherds heard and saw bring that same spontaneous, exuberant praise to us that must be shared with others?

Do we, even in darkness and the uncertainty of these times, allow our hearts to be filled once again by the light and promise of that night? “Glory to God in the Highest and on earth peace . . . .”

Let’s again ponder with Mary and praise with the shepherds at the profound wonder of both the promise and the reality of the coming of our Savior, Christ the Lord – God with us.

Trudy Kutz lives in Eugene, Oregon, where she taught at Eugene Bible College (now New Hope Christian College) and developed relationships with many in the Open Bible family. She currently works as a mobilizer for TEAM, a global missions agency. 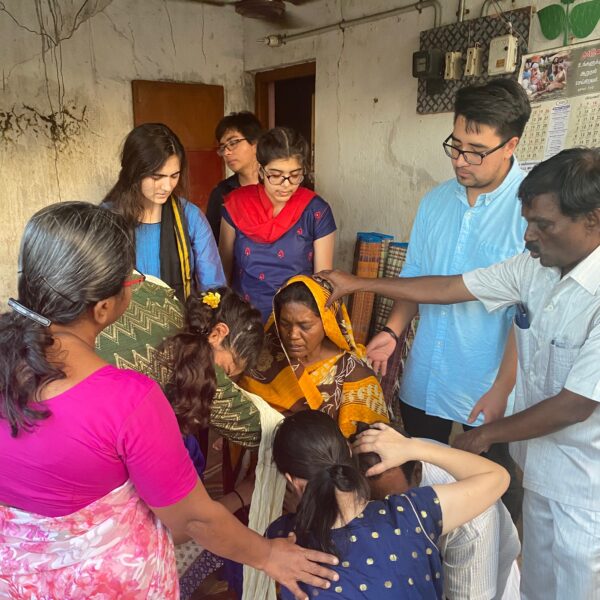 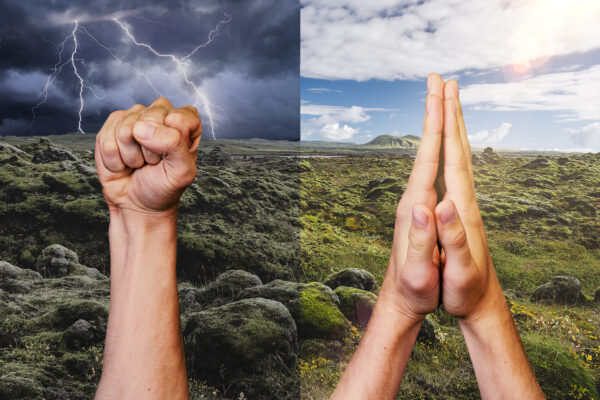