When I was approached to write a story concerning racial relationship barriers, I had a lot of material I thought I could use. I am a former construction worker and have had a plethora of life experiences dealing with racism to pull from. The topic I was specifically asked to write about, however, was what I taught my children about encountering such experiences.

My 15-year-old son, Frank III, and his sister Raina attend a Christian school where he plays on the junior varsity basketball team. Frank’s head coach sometimes gets brash with his words, but he means well. After correcting a player, he’ll then pat him on the back and encourage him.

At practices the kids are divided into two teams for competitions. Frank plays on the white team so he wears a white practice jersey. The other side wears blue jerseys. Recently Frank accidentally left his white jersey at home, so he wore his blue one to a Saturday practice. During practice the coach had the two teams compete in a free-throw shooting contest. Although Frank’s team won, the coach thought he was on the wrong side of the floor at the end of the shootout because of the color of his jersey. The coach, in his exuberant frustration, saw Frank in the “wrong” line and said, “Hey! What are you doing over there?” Looking at Frank’s sad eyes, he said, “Get in the other line, Buckwheat!”

Realizing what he had just said, the coach immediately turned to his assistant and said, “Did I just say what I thought I said?”

The assistant coach nodded and said, “Yes, you did.”

Immediately the head coach went to the office and reported himself to the principal and told her what he had done. My son hadn’t heard what the coach said and doesn’t even know who “Buckwheat” is. (Buckwheat was a Black child character in the 1934 movie Little Rascals, his name usually seen as a racial stereotype term to demean Black people.)

My wife and I received a telephone call from the principal that afternoon before Frank even got out of school telling us about the incident. I told my wife, “I sure hope they don’t fire the coach over that. If they try to, I’m going to go up to the school and speak with the principal, hoping to change her mind.”

One of my favorite television shows is the science fiction series Star Trek, especially the versions that feature Mr. Spock. Mr. Spock was considered a “hybrid.” His mother was an earthling and his father was a Vulcan. Vulcans are logical beings who have learned to suppress their emotions because a long time ago their out-of-control emotions led to a civil war that nearly destroyed themselves and their planet.

Mr. Spock has his emotions under control 99 percent of the time. But there are times in his life when he is under stress or genuinely happy that he will cry, fight, laugh, or say something out of character for him. Sometimes the human side in him comes out because he is a hybrid.

The truth is that we are hybrids. There is a new man inside of us that receives assistance, power, and guidance from the Holy Spirit. There is also still some of the sinful old man inside that we keep trying to dispel.”

I believe this is what happened to my son’s coach. After Frank’s next basketball game, the coach, with tears in his eyes, told me what had happened. I believe he loves those kids.

I told my son, “The coach is a great encourager to you guys. Sometimes words slip out, not out of malice but simply because we do not have it all together as much as we would like to think we do. The words that slip out are not always edifying words or wholesome words.”

The Apostle Paul admonished the Christians in the church at Ephesus, “Let no corrupting talk come out of your mouths, but only such is good for building up, as fits the occasion, that it may give grace to those who hear” (Ephesians 4:29, ESV).

I said, “The situation is that corrupt words came out of the coach’s mouth. I have also heard words come out of his mouth that build up the basketball team.”

Whenever we find ourselves in intense moments, such as “discussions” with our spouse, driving down the street when someone cuts us off, or with a neighbor who drives across the corner of our grass while pulling up in his driveway, we really should not have corrupt words come out of our mouths, but sometimes they do. The truth is that we are hybrids. There is a new man inside of us that receives assistance, power, and guidance from the Holy Spirit. There is also still some of the sinful old man inside that we keep trying to dispel.

Stevie Wonder sang a song with the words, “Skeletons in your closet itchin’ to come outside.” The skeletons are the unholy things that we struggle to keep inside. We have got to stop throwing one another under the bus because of a mistake. Jesus had the option to curse those who nailed him to the cross. Instead, He chose to forgive them and die on the cross for their forgiveness and ours.

My mother used to repeat an old Mississippian saying: “Every tub has to stand on its own bottom.” It simply means that you don’t lump any race of people together based on the behavior of one person. You judge everyone one at a time for how they treat you individually. We are all tubs, and we must stand on our own bottoms. We are also hybrids, a combination of human and spirit, old man and new man, earthly occupying and heavenly bound.

My son may have never heard what his coach said, but he did realize his father was willing to go up to the school and go to bat for someone who had made a racially insensitive mistake. I told him, “This will probably happen in your life again. When it does, don’t throw the person under the bus. Go to bat for them in the name of Jesus Christ. After all, He went to bat for all of us hybrids!

Frank Collins Jr. is the lead pastor of Breath of Life Christian Church in Harper Woods, Michigan. Born and raised in Detroit, Michigan, he is a retired skilled trades teacher and journeyman plumber. A certified human behavior counselor, Frank holds a B.A. degree in Biblical Science and is currently a graduate student at Moody Theological Seminary in Plymouth, Michigan, pursuing a Master of Divinity Degree.

Frank genuinely loves God, God’s people, their families, and the lost. It is his heart’s desire to help others become growing disciples for Christ so that they can enlarge His Kingdom on earth and subsequently take their place in heaven. He has been happily married to Renita since 1998. They have five beautiful children: Andrew, Kimberly (deceased), David, Frank III, and Raina. 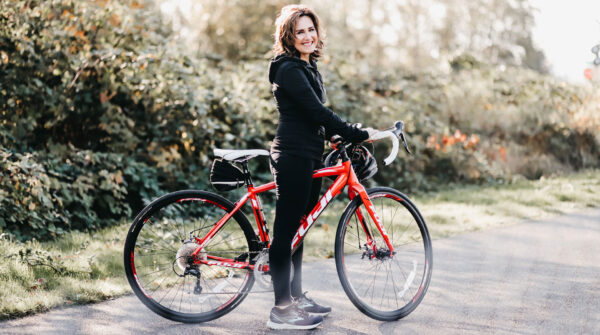 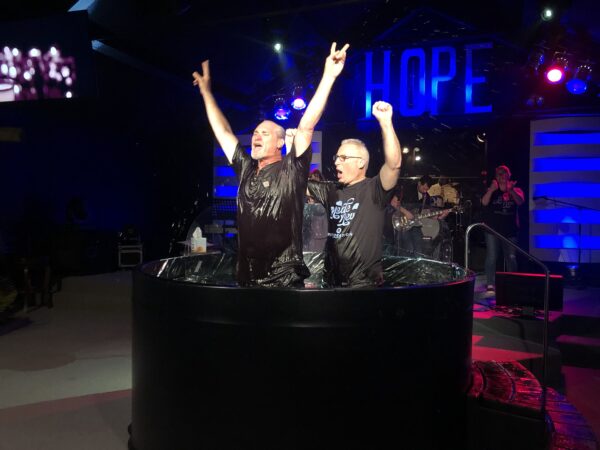