Most people think that being a pastor’s kid makes a person automatically temptation proof, exempt from evil. Not much grace is afforded to them. I never had a choice in my parents becoming pastors, but God thought it would be a good idea!

For as long as I can remember I’ve been a “church girl.” When my parents got saved, they were serious about God. My siblings and I were at church every time the doors were open. I guess I liked it okay, but one day when I was twelve years of age I simply didn’t want to go. On Wednesday mornings at 10:00 sharp our church had a service called “Mountain Movers.” I must not have had school one Wednesday because my mom dragged me along against my will. It was one of the few times in my life I can remember being defiant toward my mother. Yet she held my hand firmly and pulled me along as we secured seating in the second row on the right of the sanctuary.

After about five minutes, I gave in and my heart melted. The praise and worship were so sweet and calming, and I just loved the music. After the singing, we had prayer and everyone got quiet, so quiet you could hear a pin drop. Then I remember the moderator saying, “Say Jesus, say the name of Jesus. There is power in His name. Call Him!”

I called Him, and I kept calling Him. I felt a warm sensation come over me. I had already been water baptized, but I never knew what the baptism in the Holy Spirit meant until that day. I was a child that loved God, but that day something was set ablaze.

Though I was never without challenges, the saying “God is with you” never ceased to be true. As the years rolled by, I yearned to draw closer to God. The more my parents served in ministry, the more involved my siblings and I became. Things were pretty steady – until my mom submitted to the call to become a pastor. It didn’t take long for my siblings and me, now “pastors’ kids,” to experience intense criticism and comparison. The grace and compassion offered to other children were no longer granted us. This took some getting used to.

As the eldest of three I felt an unexplainable pressure to be perfect, but I learned that if I put my relationship with God first, everything else would follow. That became my starting point every day. I communicated that attitude to my siblings as often as I could but quickly realized that their greatest influence was not so much what I said but what I did.

I’ve learned to be more attentive and receptive to God’s voice. I’ve been given many opportunities to serve in my areas of giftedness, in writing and producing music. Using my voice to uplift, encourage, and share God’s love is my first love, but my most recent project of obedience has been my book Conversations of the Brave. God laid this book on my heart last August in the middle of the pandemic. Being brave may mean different things to different people. It may mean saying “yes” or saying “no,” finding a therapist, setting clear boundaries, forgiving the unforgivable, offering a heartfelt apology and moving on, resolving your past, pursuing God when it seems unpopular, having that conversation that you’ve been running from for years, activating that gift that you think is unnecessary, or launching out in the face of rejection. Living a Christian life that fuels and is fueled by hope and shares Jesus requires bravery. In my book I recall a time in 2002 when I was the bravest I’ve ever been.

That spring I decided to leave my homeland of Trinidad and Tobago and head to Florida on a scholarship to study. I was excited about the opportunities that lay ahead yet apprehensive about such a big decision. After personal reflection, prayer, and considering the counsel of my family, I eventually committed to attending college in Florida. Mid-August of that same year found me hugging my family tightly and saying my goodbyes. With about $600 in hand, I got on an airplane, left the land of my birth, and headed to South Florida for the very first time. With tears in my eyes, I laid my head back against the airplane seat, thinking, “Girl, you’ve lost your mind!”

I didn’t know how I was going to make this new transition; I just knew God was with me. I had never experienced anything like I did landing at the Miami International Airport. People everywhere were rushing madly about. I kept telling myself I just needed to get my luggage and get to school.

Being brave may mean different things to different people. It may mean saying “yes” or saying “no,” finding a therapist, setting clear boundaries, forgiving the unforgivable, offering a heartfelt apology and moving on, resolving your past, pursuing God when it seems unpopular, having that conversation that you’ve been running from for years, activating that gift that you think is unnecessary, or launching out in the face of rejection.

Living a Christian life that fuels and is fueled by hope and shares Jesus requires bravery.

Prior to leaving Trinidad, a Christian girlfriend from Trinidad who was now living in New York, knowing I had never traveled before, offered to come and pick me up from the airport. But this was before everyone had cell phones and there was no way for me to contact her. I started to panic A LOT. How was I supposed to call her to let her know I had arrived and where to find me?

Just like that, a strikingly handsome guy with long dreads came from out of nowhere and asked me if I needed help. After I told him my situation, he graciously loaned me his phone to call my friend. Once I finished the call, I gave him back his phone and gathered my luggage. When I turned around to say thank you, he was nowhere to be found. It was as if he had disappeared into thin air!

I know for sure that was God’s way of saying, “I’m here with you and I’ve got you.”

I am now married to my wonderful husband, Andre Nealy, and we have two children of purpose, David and Abrielle. I serve as the praise and worship leader in my local church under the awesome leadership of Pastors Karl and Dyrie Francis. When I look back over my life, I can truly say that God has been in control. In every season and in every moment His love and goodness have been wrapped up in every detail. I cannot take credit because I would mess things up. As I take time to reflect, I understand the verse my grandma would quote as she washed dishes at the kitchen sink. “And we know [with great confidence] that God [who is deeply concerned about us] causes all things to work together [as a plan] for good for those who love God, to those who are called according to His plan and purpose (Romans 8:28, AMP). I want to encourage you to let God in and let Him lead your life. You don’t have to understand everything, and you won’t. Just remain open and available.

I am thankful for being a pastor’s kid and for everything it came with. It helped to shape my spiritual life tremendously. I am most thankful for the leading and the direction of the Holy Spirit! I continue to hold on to Him moment by moment, one brave step at a time in this journey called life. I encourage you to do the same.

Louann Nealy serves as the praise and worship leader at Living Word Open Bible, Inc. in Cooper City, Florida. She describes herself as a wife, mother, singer, songwriter, worship leader, author, and atmosphere shifter – just an ordinary girl trying to follow the River!

You can find her book, Conversations of the Brave, at https://www.louannnealy.net/shop 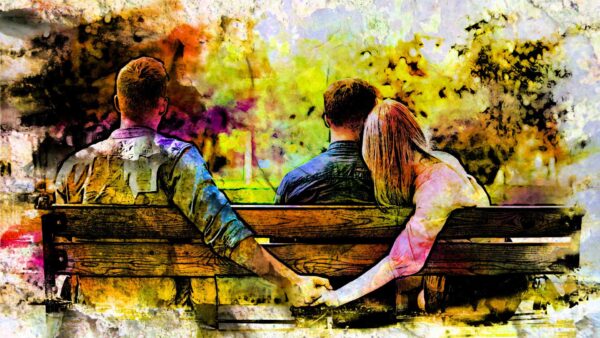 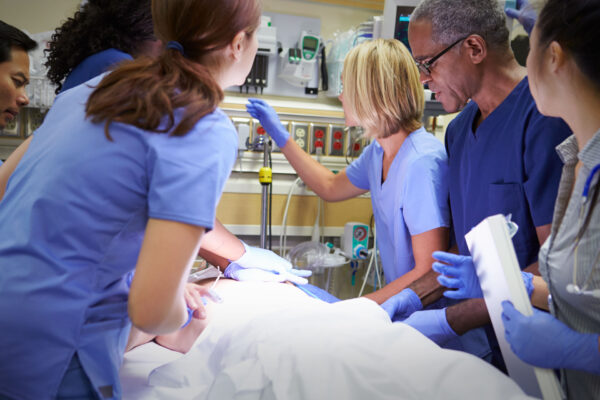 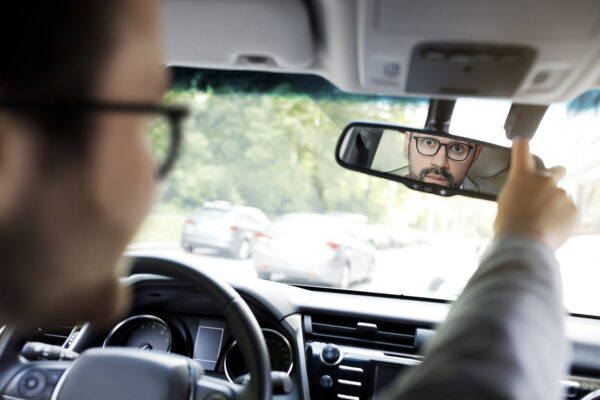