Home > Archive > Come on In, the Water’s Fine!
0
Search
Share the article:

I must admit that I have a somewhat warped sense of humor, so it should come as no surprise that two of my favorite movies to watch are O Brother, Where Art Thou? and Nacho Libre. Both of these movies feature baptism scenes that immediately came to mind when I thought about writing about baptism.

In O Brother, Where Art Thou? three escaped convicts who are on the run come upon a baptism celebration. As they stand at the water’s edge, one of the convicts, Delmar, is overcome by the weight of his transgressions and runs into the water right up to the preacher doing the baptizing. He speaks to the pastor for a moment and then gets baptized.

Afterward, he gets out of the water and returns to the two other convicts, saying, “That’s it, boys, I’ve been redeemed. The preacher done warshed away all my sins and transgressions. It’s the straight and narrow from here on out and heaven everlasting is my reward.”

“Delmar, what are you talking about?” demands Everett, one of the other convicts. “We have bigger fish to fry.”

Delmar replies, “The preacher said all my sins been warshed away, including that Piggly Wiggly I knocked over in Yasif.”

“I thought you said you were innocent of all of them charges?”

“Well . . . I was lying! And the preacher sez that that sin’s been warshed away too! Neither God nor man’s got nothing on me now. Come on in boys, the water is fine!”

With that, Pete, the third convict, runs in the water to be baptized.

And then there is Nacho Libre.

The main character, Nacho, and his pal Stephen are pro-wrestling as a way to raise money to feed the orphans at the mission where Nacho works. Nacho is very “religious” but Stephen is a “man of science.” On the second time that they are about to fight, Nacho is concerned that Stephen is entering into a dangerous situation where he could be killed, and his eternal destination is in question.

So just before they go out to wrestle, Nacho says to Stephen, “I’m a little concerned right now about your salvation and stuff. How come you have not been baptized?”

“Because I never got around to it, ok?” Stephen replies. “I don’t know why you always have to be judging me because I believe only in science.”

Nacho fills up a bowl of water and strides over to Stephen, saying, “Tonight we are going up against Satan’s Cavemen and I just thought it would be a good idea if you . . . ,” and without warning dunks Stephen’s head in the bowl of water. There is a pause, then Nacho says, “Felicidades! (Congratulations!)”

Both of these scenes give us a glimpse into some of the misconceptions people have about baptism. In both instances Delmar and Nacho mistake baptism for salvation, which are two separate concepts.

There is a moment people hear the gospel and the Holy Spirit reveals their sinfulness and inability to save themselves. They realize the only way to be saved is to believe on the Lord Jesus Christ. They confess their sins and throw themselves on His mercy, and they are saved. In the book of Acts we see time and again that people heard the gospel, believed, and were saved, and then they were baptized. We can come to salvation and be baptized in rapid succession, but baptism is not salvation. We must come to salvation first before we are baptized because baptism is the public declaration of our inward commitment to making Jesus our Savior and Lord.

Nacho baptized Stephen in the privacy of a room without Stephen’s knowledge of what he was doing – not a correct understanding. Delmar, on the other hand, joined a group of people who were being publicly baptized. When we get baptized, it should be public because it is to be a testimony to onlooking non-believers. It is the declaration to believers and unbelievers alike: “I have been saved, redeemed, and washed clean of my sins, and you can be too!”

Even though Delmar did not understand baptism correctly, I love what he said when he came up out of the water because this is what baptism symbolizes: I’ve been redeemed. God has washed away all my sins, and heaven everlasting is my reward. My old life is gone and now I am resurrected with Christ to walk in His life and freedom. It is a moment of celebration for what has already taken place.

Nacho believed that a little water on the head is enough for baptism, but the Greek word “baptize” means to immerse, to dip under. Baptism is a complete immersion. This was the example Jesus set when He was baptized by John. If Jesus chose to be baptized and to do so by complete immersion, then it seems to be the model for us to follow. Jesus also commands us to go and make disciples, and one of the marks of being a disciple is that we are baptized (Matthew 28:19-20).

I love baptisms for all these reasons: we get to celebrate salvation, we get to declare the gospel to non-believers, and we get to see the truth and power of the gospel walked out in the lives of others. We get to witness a person making a public declaration: “I have decided to follow Jesus, no turning back. I’ve been redeemed. God has washed away all my sins and transgressions, and now I am living for God alone!”

Come on in boys, the water’s fine!

Gary Khan wrote another article on baptism. You can read more here.

Gary Khan is the lead pastor of Desert Streams Church of the Open Bible in Santa Clarita, California. He is honored to be the husband of DeLaine for the past thirty years and proud to be the dad of Ethan and Allison. He is humbled that God would entrust him to shepherd people for thirty years and counting. 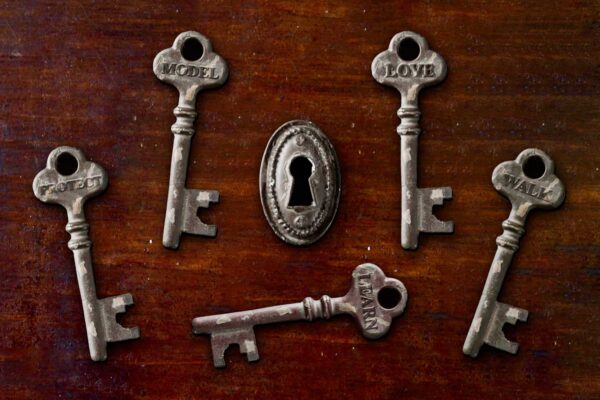 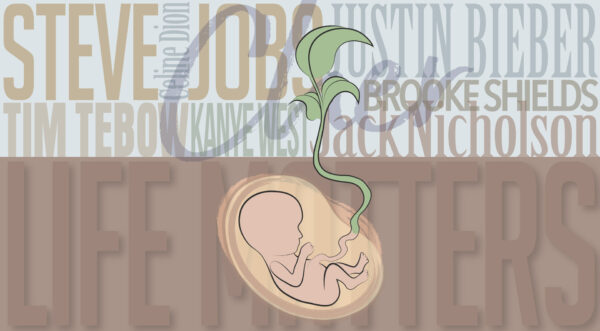